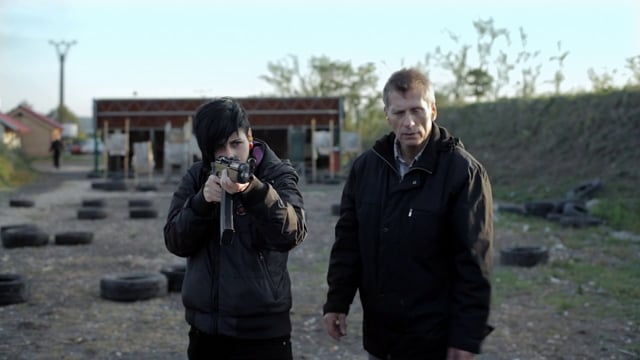 this film was financially supported by:

Three men who wanted to be heroes.

They were determined to fight the Czechoslovak communist regime in the eighties. Three stories about blurred line between defence and attack, courage and coincidence, present and past,… idea and reality. Explosions, gunfire and terrorist training. All fuelled by desire for love. The purpose of any political community is to preserve natural and indisputable human rights. Those are freedom, ownership, security and the right for resistance against oppression. Declaration of the rights of man and of the citizen.

Massive figures of local mountaineers stood out in twilight at the back of a railroad cart. Fear resonated from their silent faces, I quickly returned to my seat. „Don’t you fear,“ attendant said. „These are Slovaks. They look dangerous but they are harmless“. Bram Stoker, Dracula

Three romantic heroes who had tried armed resistance against communist power in Czechoslovakia. All of them convicted under paragraph 93 - terror, but none of them actually killed or hurt anyone. Stano wanted to blow up a tribune for communist leadership at the evening before 1st of May celebrations. But he got drunk and the police found him with a plastic bag full of explosives staggering in front of the tribune. He spent five years in prison. Fero wanted to assassinate the president, Gustav Husák but CIA didn’t take his call seriously. The police found his stashed guns and explosives - he was incarcerated for fourteen years. Vladimir used to blow up communist notice-boards. Fifty three of them all together. He spent over four years imprisoned. But even terrorist have their private lives, their loves, their families. And that’s what this film is about.